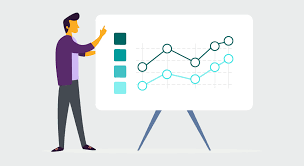 Red-Green color vision defects fall into two categories depending on which cone class does not contribute to color vision. The noncontributing cone class is indicated by the prefixes:

Further categorization of color vision defects depends on whether the remaining color vision is based on two (dichromacy) versus three (anomalous trichromacy) spectrally distinct types of cones. The suffix -opia denotes dichromacy. The suffix -anomaly denotes anomalous trichromacy in which two of the cone classes are more similar in spectral sensitivity than the corresponding normal cones:

type II included both exudation and abnormal vessels; and

Small drusen have been defined in most studies as having a greatest linear dimension of less than 50 μm or less than 63 μm in diameter.

AREDS has provided the following clinical classification which can be used to describe adults at risk for AMD or vision loss from AMD:

•   Early AMD. Extensive small drusen (occupies at least 125 μm diameter circle), or nonextensive medium size drusen (63 to >125 μm diameter drusen) with or without pigment abnormalities (increased pigment or depigmentation) and no other later stages of AMD.

•   Intermediate AMD. Extensive medium drusen (occupying an area of at least 360 μm diameter circle, which is equivalent to 20 drusen) if the boundaries are indistinct or occupying an area of 656 μm diameter circle (equivalent to 65 drusen) if the boundaries are distinct or at least one large druse (≤125 μm, approximately the width of a retinal vein as it crosses the optic nerve) or the presence of GA that spares the foveal center (nonfoveal GA).

•   Advanced AMD. Geographic atrophy involving the center of the fovea or CNV or disciform scar.

Stage 1 (Findings Are Limited to Outside the Macula)

Stage 2 (Findings from Stage 1 but Found Within the Macula)

Stage 3 (Any Stage 1–2 in Addition to the Following)

Stage 4 (Any Stage 1–3 in Addition to the Following)

Giant tear with detachment with

Type 1 Stickler's syndrome is characterized by a membranous vitreous appearance and has been associated with mutations in the COL2A1 gene;

Spheroid degeneration has been classified into three basic types.

Type 1 occurs bilaterally in the cornea without evidence of other ocular pathology.

Type 2, or secondary, spheroid degeneration occurs in the cornea in association with other ocular pathology.

Type 3 is the conjunctival form of the degeneration and may occur concurrently with types 1 and 2.

according to site of blockage,

(B) major away from the disc;

(D–F) peripheral not involving the macula

The Werner Classification of Eye Findings in Graves’ Disease

No signs or symptoms

No ischemic necrosis of conjunctiva or sclera

Blanching of conjunctiva and sclera

1-above the optic disc

4-inferior crescent below the disc

5- isolated gap in the line of fissure

(3) disc outside the fundus coloboma and independently colobomatous (8.9%);

(6) disc shape not identified but blood vessels seen emanating from the superior border of the large fundus coloboma (2.9%).

· Non-Refractive: esotropia at near only and eliminated with plus lenses at near, e.g. bifocal

· Mixed: esotropia at distance and greater at near associated with hyperopia and responds to hyperopic correction at distance with bifocal for near

Hyperopia with incomplete response to spectacles and bifocals.

The Roach Scale is used for classification, as follows:

_ Stage 2: Incomplete perifoveal PVD in all quadrants with residual attachment to the fovea, optic nerve, and mid-peripheral retina

_ Stage 3: Incomplete PVD over the posterior pole with residual attachment to the optic nerve and mid-peripheral retina (1.9%)

_ Stage 4: Complete PVD identified biomicroscopically but not with OCT due to instrument limitation (8.6%) 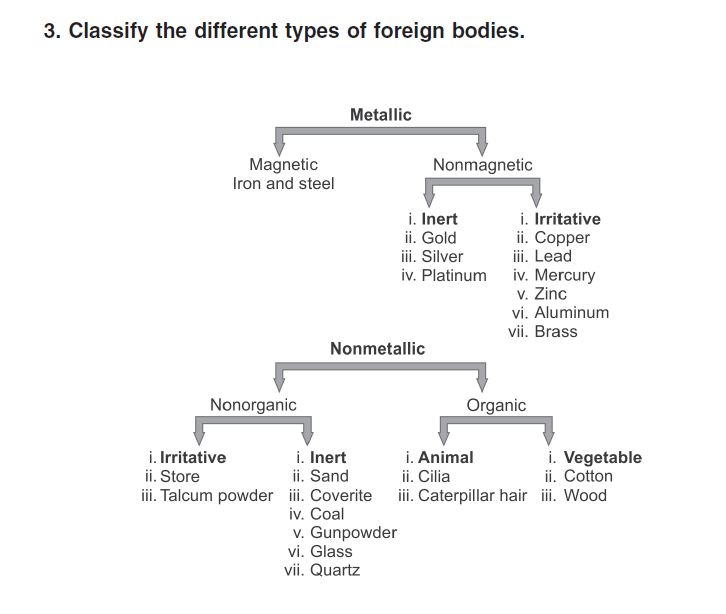 Lasers are divided into four “classes” based on their strength of output.

Class 1 lasers, with a maximum output that is  <0.4 mW, are considered the safest lasers and are believed incapable of causing damage even if viewed for long periods of time.

Class 2 lasers have a maximum output <1 mW. These are also felt to be extremely unlikely to result in ocular injury because of protective mechanisms conferred by the body’s natural blink response and aversion reflexes.

Class 3A lasers have a maximum output between 1 mW and 5 mW, and although they cannot cause immediate eye injury, they can induce damage if stared directly at for sustained periods of time. Most laser pointers that are available in the United States are class 2 or class 3A lasers.

Class 3B lasers are much more powerful, with a maximum output between 5 mW and 500 mW. These are believed to be capable of producing ocular damage immediately upon viewing. Although these lasers are illegal in some countries, they can be obtained quite easily via the Internet.

Class 4 lasers are the most powerful lasers, boasting a maximal output >500 mW. These are typically used in military and occupational settings, such as laser shows. They are capable of producing extensive ocular damage. Given the brevity of our patient’s exposure that still resulted in retinal injury, the laser involved was most likely a class 3B laser.